How Long Do PEX Pipes Last?

Today, most new plumbing installers use PEX piping. And if you’re thinking about using it, it’s important to know some facts before making a choice. Let’s explore the lifespan of PEX pipes and how PEX piping stacks up against other popular plumbing materials.

What is PEX piping?

PEX piping, which stands for polyethylene cross-linked, is a type of plastic tubing that can be used for residential plumbing systems. It’s an alternative to traditional home plumbing materials like copper and iron.

PEX pipe is often used for water supply lines because it’s flexible and easy to install. It’s also easier to bend and manipulate than rigid plastic pipes such as PVC (polyvinyl chloride).

PEX piping is made from cross-linked polyethylene, which makes it resistant to temperature changes. The material also has high chemical corrosion and abrasion tolerance, making it ideal for homes with hard water conditions.

When is PEX piping used?

PEX plumbing is a great choice for residential and commercial plumbing projects. It’s easy to install and has many benefits over other types of pipes, including copper, CPVC, or steel. How long do PEX pipes last?

PEX pipes can last for decades if properly installed. But their lifespan depends on the quality of the materials and how well they’re maintained. What’s more, poorly installed PEX pipes can need repair faster than those properly installed by a professional plumber. If you have a damaged PEX pipe, it can be repaired by replacing the damaged section. Replacing damaged areas with new ones is cheaper than replacing the entire system.


The Pros and Cons of PEX Piping

Should you use PEX piping? Here are some pros and cons to help you decide.

PEX installations are less expensive than copper installations because the materials are more affordable and easier to work with. So, if you’re on a tight budget or want to save money on your next home improvement project, PEX pipes may be the right choice.

It takes less time to install PEX pipe than copper because there are no soldering joints or fittings to make. Instead, you simply cut the tubing into lengths and crimp the ends onto the fittings with a pair of pliers.

Metal pipes have to be sawed carefully so as not to damage their internal threads or leave burrs on the outside of the pipe. The burrs can cause leaks and other problems if they are not removed. PEX piping is softer and can be cut using a scissor-style knife or a PEX pipe cutter without leaving sharp edges.

One benefit of PEX piping is that it can withstand temperatures as low as -40 degrees Fahrenheit. This makes it perfect for use in cold-weather climates. PEX is also more chemically resistant than copper and other metals, making it ideal for use in areas with high chemical levels.

Copper pipes are made from metal and can corrode over time. A small amount of corrosion is acceptable in a water system, but too much can result in the contamination of your water supply.

Unlike metal, PEX can withstand long periods of contact with water without breaking down or developing leaks. This makes PEX piping a safer option than copper when it comes to drinking water systems because you don’t have to worry about harmful chemicals leaching into your water supply.

Copper piping has to be cut at the joints where it connects to other pieces of pipe, which can lead to leaks if the joints aren’t properly sealed. PEX piping doesn’t require these joints, which makes it easier to install and less likely to leak. It can’t be used outside

You shouldn’t use PEX piping outdoors in cold climates because it can become brittle and crack when exposed to freezing temperatures without insulation.

Also, PEX can become brittle or develop cracks over time when exposed to direct sunlight for extended periods. When this happens, it could cause leaks or cracks in your pipes that could lead to significant damage if not addressed quickly enough.

Rats and mice love to live in warm places, so they often make their homes in your attic or basement. Unfortunately, they have a keen sense of smell and see your PEX pipes as a source of food and water. This can cause leaks in your plumbing system sooner than you’d like. 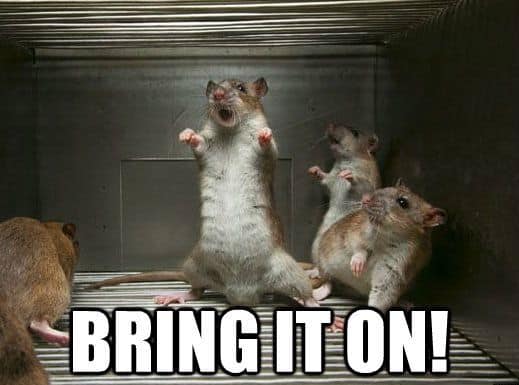 Looking for affordable and efficient plumbing services for your home or business? Contact the experts at Service Champions today.